Previous- End of My Affair 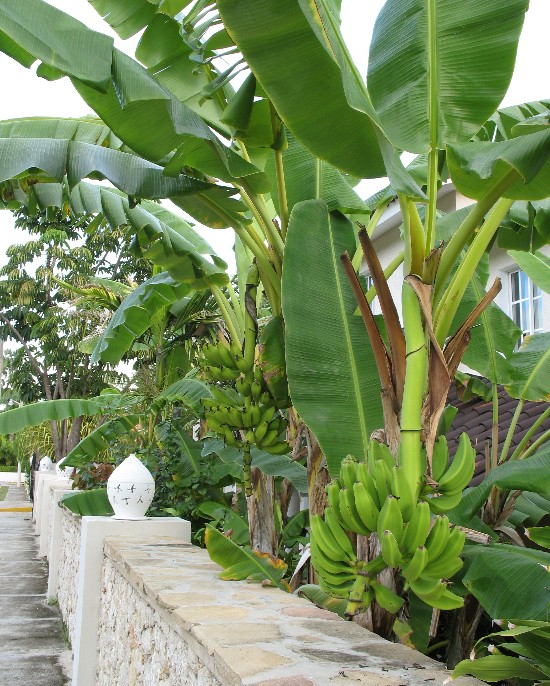 The rats would come running & stand at my foot for a few seconds before running away again. Mom would laugh at the sight & say, aright, Ganesha is with you. Banana happens to be my favorite fruit. I had been advised by learned elders a few times to worship Ganesha the 1st thing in the morning.

After 4 years of going around, my boyfriend’s parents gave in (atleast that’s what it looked like then) & agreed to marry their son with me. They being Hindu, did everything from Shagun to Horoscope Matching to .. Read on

After 3 years of seeing each other almost every day, meeting each other for whatever little free time we could match to each other’s sched & adjusting our day-to-day life with that of each other’s, I gave up on him. For 1 complete year I would not make any initiative to see him (we didn’t own cell phones then). Some incident occurred while working with Hutch, I didn’t share with him; I had just picked him out of my Life.. If only I had then

His Parents came to meet me on 15 September, 2002, the 1st day of Navratri & Mahalaya. Even though I had insisted for some other day, any other day i.e., they refused to agree. I had left my home the same day 6 years back from then.. I had gotten a Black Satin Kurta stitched the previous day to wear. I couldn’t, Hemant had not let me- Black wasn’t the auspicious color!! I wore a Red Checks cotton suit instead. The lady was fasting & didn’t eat anything- I dint appreciate it, but didn’t make any mention. My father-in-Law to be wanted a Grand Wedding being completely aware of that I wont be able to spend a dime on it. I insisted on a Registered Court Marriage & a Formal Reception later on; Offer was rudely turned down. They went ahead & proposed some date in November.

Hemant had turned up in his usual shabby appearance & was not dressed for the occasion. I failed to understand why the Wedding had to be elaborate when the preparations weren’t pleasing anyone?  His family’s interference had already started to dictate my Life. One such Dictation was to get a Manglik- Vivaha done. Definition: I had a Manglik Dosha in my Horoscope& to rectify the same, a pre- marriage Wedding had to be perfomed with something or SOMEONE..!!

That’s right, his mother suggested the priest that she was consulting is ready to perform the ritual & marry me. The sindoor, the works & everything else..!! It was my turn now to refuse.

Their 2nd proposal came in. I to perform a Wedding Ceremony (don’t remember with whom this time) standing neck deep at 4am in Yamuna. It was winters of December, & I was to stand in the dirty waters for 4 hours strangling myself to death of cold & freeze for what? I refused yet again. Hemant being the mediator had already started getting irritated & I was more than him.

Yes, I am ritually married to Lord Ganesha..

The date was fixed for 1st Jan, 2003 at 5am in the morning. It was pouring. It rained like the heavens were to pour out their blessings. It was on my 2nd trip to Vaishno Devi that I learnt that God rains on one he is pleased with. By that Logic, I shouldn’t have been scared; but scared I was- I didn’t know the Logic back then. Hemant had come to fetch me. He dropped me to one Temple in Madangir to his parents & disappeared in the pouring heavy waters!!

Oh!! I wore the same suit. The whole wedding complete with all mantras & chants was performed. I dint let the priest get into the sindoor act & did that myself. The pheras, the vacanas & the Jayamala too. I sat crying for the entire 3 hours of stretch, I felt stranded & as if something was not going right. Nobody had accompanied me- there wasn’t anyone- who would have anyways then!! I remember circling the agni- mandapa with Ganesha Idol in my palm & vowing my pledges. How lonely I had felt; it was as if a trailer of my Life to come- to become a Public Spectacle with everybody’s appreciation for things I would least come to appreciate.

After the “ceremony”, I was made to walk down the street with my whole face smeared with sindoor & jayamala sitting around my neck. They had hired an auto till my place in Malviya Nagar & I was paraded from across the street in full view of my neighbors & Land Lord. They too were shocked to the least. For my complete stay of 3 years, no elders had ever visited other than Hemant & my Friends (a couple of times). There my to be in- laws grasped my hand when I made an attempt to remove the garland as if that would have reduced their Claim on me otherwise. I had to climb the stairs up to my 2nd floor house with multiple pair of eyes questioning the vermillion smeared forehead & that garland. A set of elders walked with me who didn’t have the courtesy to greet my land lords even after I introduced them in a feeble voice.

I prepared tea before my pickup came. They inspected my kitchen yet again- only to realize later that I wouldn’t have access to one very soon for the next few years & left. I cleaned as much red as was possible in that little time & went for my work. My Supervisor- Chirojit looked questioningly at my Turmeric smeared palm- I dint speak a word. I had not understood then what had happened to me; how could I have gone announcing about the developments then? 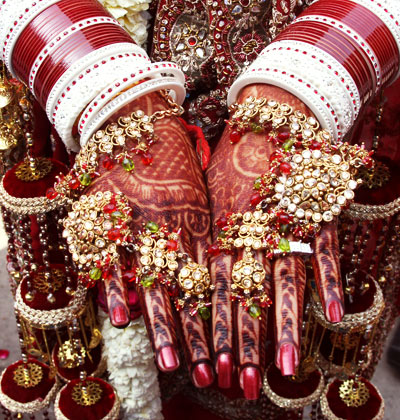 Even though they have pushed me out of their Lives & I am not any where around them, I still continue to be married to Ganesha. He has been there every time I have tried sharing my sorrows & asked for help- however small it may have been or however unachievable it seemed. I don’t feel lonely anymore. He has been a Friend, a Companion & a Husband to me though not in the Conjugal manner. But that’s not all about marriage..

Every year on 1st Jan, I celebrate my 1st Wedding Anniversary with Lord Ganesha.

Next- Trial to begin; a failure to survive

11 Responses to My Ganshu Darling