I moved around the house to see which pots had gone dry. I noticed a pigeon hopping over a pot. They keep nipping at the young leaves till the whole plant is gone. Their perching ruins the entire plant. I opened up the verandah door hoping that she would fly away. She had not- instead had kept squatting. I went near her, she barely moved. She circled the whole veranda floor, but didn’t fly away. I “caught” her.

At the outset, apologies for not been able to post clear images.. I could not figure out what was wrong with my Camera. Now that I have, the bird’s gone.

I had then placed her in one of the verandas. And then, I had become equally restless myself. She couldn’t fly- what if a cat had pounced on her. For how long she planned to hide herself at the corner? Why weren’t hers parents around? Why did they leave her alone at the 1st place? Had they flown away in search of food leaving the bird to fend for herself? What would she have eaten? Had she at all?

I had gone to the veranda again and gave her a little chase to catch. For sometime, she had run around and eventually spread her wings and flown away. I felt overjoyed seeing that she had managed a flight. Even though that there was this sense of achievement; I felt sad too. She was gone. 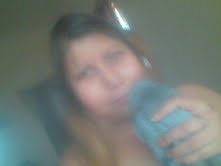 She was only a bird like hundred others who flutter by around my house. I stay at the 2nd floor and so get to see the entire breed around. She would regularly come over to wet her beaks and dip to wash in the bird baths that I have placed in my veranda. I would not be able to recognize her. Maybe she would 😀; then again, maybe not. Will she remember me? Who was she? She had posed brilliantly for those clicks. If only I knew that the sticker was blurring the images! I had caressed (touched, and not kissed) her head and neck and also her beaks.

In such a short span of time that “we” had spent together, I tend to have developed a bond with that fluttering beauty. Now that she is no more around, I suffer a sense of loss. Not that I had wanted to cage her or pet; just that holding her, I had felt her heart beat. Maybe she was scared. Eventually, she became restful and equally active. She did not hide her head in fear anymore. Since I had held her in my left hand; I feel that my heart- beats were touched by her heart beats too. That was a simple thing; yet, had given me a sense of great luxury. How often do we do that staying in city? Unless of course: we clip their wings to hold them in bondage.

That simple pleasure had given me a great sense of joy. I am unable to express how beautiful it has made me feel. Instead of feeling sad about not been able to click, I should cherish the moments when I had held her. The images my mind has captured or the beauty that is filled in my heart is irreplaceable. No amount of time can blur those. I hope that she didn’t feel that I was to now hold her with her wings bound- making her unable to fly ever. No human, no man, no material can ever equate this wonderful feeling.

I feel so touched. I was touched by an absolute beauty and this nature’s another beautiful creation.. I feel as precious as the Touchstone..!!

What again? I may be getting carried away?

7 Responses to I am touched