Disclaimer: Please proceed reading this post at your own risk. The contents of this post maybe distasteful and invoke depression. This post about what happened in 1998; also connects me to my present day. I have restrained my choice of words to express only what I had felt back then. The details of the things happening today; will have to wait to appear.

As I write this- a new perspective has again struck me. I had not felt “fine” about this, back then too. Maybe, my Destiny has given me an opportunity to share my mind- after all these years. It’s been about half year that I am trying to conclude all unfinished business. I wouldn’t say “make amends” since I can’t go back in time; but acknowledge and accept my equal involvement in something that I had and still not treated as “fine”.

It’s getting as cynical as possible. 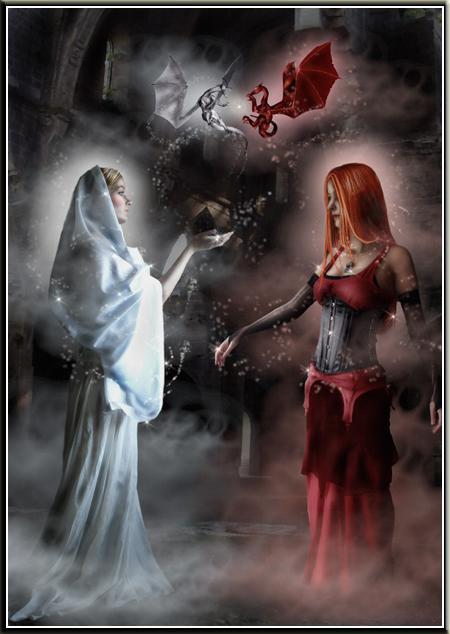 Today, as I write this; the situation is stood, looking back at me. In as many words, I am standing face to face with my episode that had happened making me bitter for everyone.

Kamal was only a stranger and yet wanting to carry on. Only a couple of days later- I was again played by someone who could have been a friend!! The indulging would have happened anyways with time. But nopes. It proved to be worse- it was actually getting used up. It was more or less similar to the relationships I had lived till then- the only difference, this time round- it really wasn’t even a relationship, to begin with.

My Life couldn’t have been anymore rude to me.

I was to go for an interview with Star Trek- a JV sort of company with Portacabin Engineers. After meeting my “would be” boss, I had gone to meet Rajat. He had wanted me to go over to a place in Malviya Nagar. That was his eldest brother’s rented apartment. A nice house with all the comforts and provisions; was what it was. My 1st comment seeing the place was that it didn’t look like a bachelor lived there.

His eldest brother had lost his wife almost- maybe a year back. Yet, the place was kept neat. I had so wanted to believe when Rajat said that we do need someone to sustain ourselves. Sweet words maybe, but that’s not what he had meant. I had found out the truth just soon enough. Whatever Rajat had told me was falling into place. It didn’t seem that he was a part of that house- hold. He seemed to have been written off. Although, I strongly believe that blood relations never get coldly treated. Don’t look at mine- I stand to be the exception.

No sooner I had wanted to make some coffee, he wad wanted to lay me down. I had not known what had hit me. Probably, he was too good at asserting himself physically on girls. It went on as coldly as it had with Kamal or even Blotch.

Although he had gone off to snooze thereafter, I had sat wondering what exactly I had stepped into? His eldest brother seemed more like a gentleman- how could he be so different? I had become too bitter to react. It was more like I wasn’t thinking in my right senses. I had not wanted to treat myself with any respect- anymore. I was making myself getting used up, with no regrets.

Working with his brother at my place of work, I had kept thinking where it was leading to? He seemed to be a different guy- wanting to handle Life in a matured way- unlike Rajat. He would often tell me to get settled with someone. To “live” with someone to live. I had almost wanted to tell him that he could extend the proposal himself. I knew he was married once. I knew he had lived in a committed relationship before. He had lost her to death. I understood well that that would also mean that he would keep talking about her more often. I was completely in sync with the idea that I was a girl and he was a man.. I knew it would have taken time before I would have felt for him.

My circumstances had hushed me up. I was an orphan and leading a life of an illegitimate woman. My mom had died. My dad had been absconding. My maternal uncle had turned me out of my home. Would he have stepped forward and bridged the gap?

I wasn’t really thinking at all. I had wanted to just walk that path, finishing all of my sensitivity, of being a woman. I had lived a couple of relationships till then and yet, had never made Love. I had had slept alright; but had slept through the act, not feeling what was happening to my body. Or to my state of being!!

One another time I had gone there wanting to talk. Yet again, I was only laid- used up and sent back.

Travelling to Vijay Nagar after work from Malviya Nagar was not working out. My boss had been telling me to shift somewhere around. Ralhan had offered help. Some help it was..

(read: another post) I had shifted to Madangir- more or less a village of South Delhi. Rajat had comeover undeclared one day and had left after the session. It wasn’t going anywhere- and I was going crazy over the sequence. I guess; my mental sanity was hitting me back.

Just then Hemant had stepped in as a friend. He worked with Portacabin Engineers. He was as innocent, as a guy could be to a girl, treating her like a 5 year old. He had known of this episode. What twist of the stances. There was this day when Rajat had comeover and indulged. In the evening, I had made connections with Hemant. What was I thinking? This- I had felt so unclean Rajat touching me. I had wanted to scrape off every bit of my flesh, wherever he had touched me.

Thereafter, I had decided to shout him out of my Life.

That evening, he had come hopping pretty jovially. He had complimented the skirt I wore. It was hand painted. It seemed he knew about painting/printing (now I have discovered- how; details later) details. He had already spent a few minutes wanting me to give in. That’s right- “already a few minutes” had gone by and he had failed to initiate. He was in for surprise.

“Olivia, I am single, you do stand a chance- who knows we may or not want to be together after sometime; so why commit..?” I had shown him the door. He had blabbered down the stairs that from then onwards I would practically starve for any physical relationship- I had screamed to get the hell out of my place.

It makes me feel very uncanny to have been writing this. I am only amused at watching my Life come full circle- right back at Me. If I had not insulted Rajat out of my place the other day; he would have left me heartbroken someday very soon.

There are two ways of dealing with things–

I am doing just that right now- trying to go easy on my ownself. More than anyone else; I need to understand well, that what’s happened- has happened. Someone trying to make me miserable reminding me how that could be an impediment to my future settlement; I choose to react in my own appropriate manner.

Corporate worker, textile designer, writer.
View all posts by Olivia →
This entry was posted in My Biopic Log, My Grievances, My mind, Our Society and tagged Cheating, Fighting Back, Friends, Life, Lifestyle, Loss, My Experiences, My Life, My Thoughts, People, Relationships, Social Issues, Thoughts, Women, Writing. Bookmark the permalink.

1 Response to Tale of 2 brothers