It’s been a month and a few days that I have been riding high on top of my Exercising Bike. It seems that I have lost a few inches 😀 Maybe another fortnight would slip me into my dresses again. Another month or two (okay, make that 3), I shall be back to where I was 7 years back or may be even 9 years back!

I had worked out my bulges off pretty hard, preparing for my wedding. Hold On- don’t jump on to congratulate me yet- that relationship exists no- more and was ugly, till it had lasted.

I had managed to maintain my toned look for the next 2 years, before I had again started gaining cellulite. I tend to shed every winter. It was only in one of the winters that I had swelled up. Erratic work- scheds, no proper meal, gorging on fried stuff (that’s all that was available), had cast its dark spell on me. I would not look into the mirror to appreciate my being a woman; the urge was getting killed. I had almost stopped thinking about myself- soon. 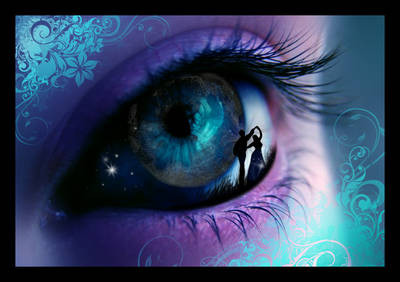 Freeing myself of the fallen relationship (read: my marriage); I had begun leading my Life for the 1st time- as if. Breaking away from that obsolete pattern, had posted me to where I had started back in 1996. That was when I was made to leave my Home.

Shifting to Gurgaon, was also not hassles free. I was made to pay a very heavy price (read: another post). If lack of Public Transport wasn’t a reason enough to stay indoors, there were ugly series of events that had forced me to clam inside my shell. It was as if I had stepped into a Live Arena. It was as scary as a Gothic Trans Spell, where anything I touched, turned into an ugly beast, ready to feast on my Survival. I had closed my self so tight that besides my work, I didn’t exist in other realms. To escape that moronious phase and to ditch my untimely death; I had stayed locked up in a Guest House for about 4 months. All I had was a couple of night dresses, 2 tops, 1 skirt and 1 jeans to wear. Half of my stuff that was with my ex, (I was still under process of shifting); was locked up at a rented place by him. The rest half, was with that lady, I had shared my apartment with- here in Gurgaon.

How could I have overlooked my state of helplessness and go out to enjoy?

I had shifted out of that self- imposed prison in November- 2008. I was completely broken. There wasn’t even as much as a Devil to feel haunted of!! I had dealt with a couple of those already in the last few months. Although there were a few more episodes that could have affected me; I had not let them to. I was learning to live, to smile, to put a facade on my face, to face the outside world.

It may sound clichéd; but it was my friends who had dug me out of that Vortex. I had not realized how deep I had sunken until recently. I had turned into a typical recluse! I had refused to interact with everyone and anyone.. Reasons? Actually those still exist; only now, I have learnt how to lead My Life staying completely Indifferent.

Now almost after 2 years, I am back to my stable self emotionally. My heart beats and feels too!! I pick up the happy things, leaving the sad ones to their fate of dyeing a natural death.

I am preparing for my Big Day.. The Day the world around Me, would announce my very Existence.I would then be recognized far and wide for who I am. I now need to look my SELF!! I wish to reflect upon my Attitude. I wish to showcase my ability to deal with the toughest of the things with great precision. I want everyone else to take notice of my agility. I wish to outdo all my efforts to take whatever comes and laugh about it on its face- to the point of being Indifferent and un- affected.

The next post in continuation to this one is Part- II “Working Out”.

Note: As I Am happens to be my 1st post of Blogging. Incidentally the Preface of my still under construction Biography. I call it My Biopic Log.

Corporate worker, textile designer, writer.
View all posts by Olivia →
This entry was posted in My Biopic Log, My mind, Our Society and tagged Fighting Back, Gurgaon, Home, Life, Lifestyle, Loss, My Experiences, My Thoughts, People, Relationships, Thoughts, Women. Bookmark the permalink.

2 Responses to Part-I “Working Up”