I stay as a tenant on the 2nd floor of the 2 storey Cozy Homes that Ansals have built in Palam Vihar (Gurgaon). When I had shifted here in October- 2009, the ground floor backyard, as well as the front garden space had grasses as huge as 3 feet tall. The landlord of the ground floor property was clearly not looking after his place. Snakes were a common feature till one day I had coaxed my maid to de- root the shrubs and plant a few flowering ones in the front space and some vegetables at the back yard. None of the Authority Officials had taken any interest to even hear about the issue. They had wanted me to beat a stick on the ground to slime the snakes away! 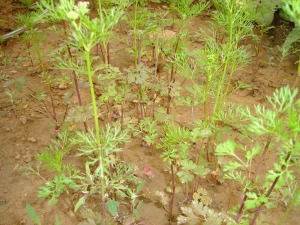 All was going really well till the owner showed up a week back. Quite against of how I am, I had gone down to greet them. That’s not how I am. I am termed as one rude, snob and highly anti- social lady. Ask the people around the block- they would vote for it. I had gone down only to make them comfortable since they looked highly baffled. A huge house, full of dirt can do that to anyone. On their request, I had even sent my domestic to do some clean up jobs at their house. They had come with a purpose to arrange their flat and stay the night inside. In order to stay there, the foremost thing that was required to do was to clean the place then. They had wanted my maid to do their cleaning that would have taken 3 hours of her time from my place- I had duly obliged.

The real deal was struck then.

Don’t be surprised when I say that they didn’t carry any broom, brush, duster, rag or bucket with them! All of that was taken from my house. What were they thinking? Their water supply too didn’t work properly; they had wanted the poor lady to get water from second floor to complete her task! Although I had agreed to extend help in sending my maid for sometime- what all were they expecting? I was certainly not obligated to help them with anything. I could have as I always do; sat comfortably in front of the Computer and killed the day. The landlady had wanted me to believe that it didn’t matter to her that I stay on my own; since, she raised her own kids all by herself when her husband was gone to his work. He had retired from Merchant Navy.

I was aptly compensated for my gesture.

They were here for the weekend. I wasn’t doing well so had kept occupied with my own stuff- that I anyways would have even if I was fine. But then, I would have known what they were upto. My maid wore a gloomy face expression when she came to me this morning. I had not wanted any tea or coffee and so had wanted to dismiss her; when she asked me if I had seen what’s happened at the ground-floor garden. The guys had plucked the entire stretch of fully frown vegetables and leveled the soil! The lady was morose for a very right reason. She had slogged herself for that big patch to grow radishes, potatoes, brinjals and spinach, besides other smaller plants like tomatoes and onions. For the past 2 days I was unable to send my dame there since these guys were around or else, we would have plucked the majority of the stuff.

Only a week back, they had seemed to be pretty okay with those veggies planted there. I had categorically told them that they could notice me and I would take all of it away. No points for guessing; they didn’t. It’s because of people like them that I stay in my own world, not wanting to speak with anyone possible. Civic etiquettes are all dead. Expensive clothes or public school education doesn’t anymore guarantee a cultured or civilized blood. That whole breed is missing now. When confronted over the phone, they had sounded as callous as louts. I wonder; is this how it is everywhere else- I mean other countries too? I understand very well that the plot area was theirs, but we had slogged cleaning that wild mess and lifting the unmentionables thrown there by the adjoining building residents.

Perhaps, I should have understood about them when the lady mentioned that no one has ever loved her as much as her dog has! Her college going son was sat next to her and she had made no bones showing him, her husband and her daughter down, saying so. They also find it really “torturing” to put him on lease. Just because there aren’t any laws in my country, people house animals and make them poop in open. What an irony- we build houses to declare of being a human and then get animals inside our house to pet them.  Might as well let me get a set of canines and make them fill for the missing relationships in my Life. When I die, instead of people doing my funeral, I’ll let the canines tear my flesh and declare party!

I am so ashamed of being an Indian yet again!

They may have cooked and eaten the veggies themselves for all I may care, but their act only reflected upon their parental upbringing, social culture and civic values.

Note: The pics uploaded her are 2 months old images. The recent images could not be clicked.

Filed under Coffee Table Stories. Follow the link for Continuity, Relevance or Reference.

4 Responses to Bunch of Moral-less Morons